Can a Third-Party Refuse to Honor a Power of Attorney? 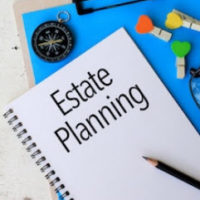 Well-developed estate plans often include a number of documents that collectively serve to provide a person with the oversight he/she wants of his/her property, as well as to ensure the individual’s wishes are followed in the event he/she becomes incapacitated. Powers of attorney are commonly used in estate plans, and typically authorize a third party to make financial and/or personal decisions in the event of physical or mental conditions that prevent someone from handling his/her own affairs. Giving authority to another to act on one’s behalf is a big responsibility, and should be crafted with care and an intention to pick a person who has the knowledge and experience to best fill the role. However, failing to address this possibility can leave loved ones with complicated and contentious issues, especially if individuals cannot agree. Durable powers of attorney are specifically designed to handle decision-making issues in the event of incapacity, and differ from general powers of attorney, which are immediately effective upon creation and become invalid when the grantor no longer has the capacity to consent. When someone takes the time to create a plan to address this possibility, the thought that a third party may refuse to honor it probably does not enter one’s mind. However, there are situations in which a third party may legitimately refuse to recognize the document, and a discussion of these circumstances, as well as an overview of the function of powers of attorney will follow below.

The Purpose of Powers of Attorney

Why They Could Be Refused

Executing a sound and effective power of attorney is more than filling out a pre-printed form, and should be done with the advice of an experienced estate planning attorney. William Rambaum has decades of experience helping Florida seniors and their families put together plans reinforce a long-lasting legacy. Contact the Oldsmar estate planning law firm today at (727) 781-5357 to schedule an appointment.