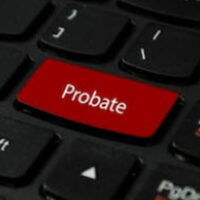 For the most part, you have the freedom to leave all or part of your estate to anyone you choose.  Family members who get nothing from your estate, according to your will, might be upset, but the court will respect your wishes unless the disinherited relative can prove that the will is invalid or was signed under duress.  Spouses, however, can go to probate court to claim a statutory share of the estate, even if the will does not provide for an inheritance for them.  That is when the disputes over the legal validity of the marriage often arise, even though these disputes can also arise for other reasons.  Sometimes the decedent’s children or siblings claim that, because the decedent and his or her spouse married in another jurisdiction, Florida courts should not recognize their relationship as a legal marriage.  If you are a beneficiary in your spouse’s estate plan, but, now that the estate is in probate, your in-laws are trying to deny that your marriage is legally valid, contact a Central Florida probate lawyer.

Placing your assets in a trust can be very effective at avoiding probate disputes, because it means that some assets will not need to go through probate in order to reach their beneficiaries.  Simply setting up a trust is not an automatic cure for all family disputes over the inheritance.  Gordon Kelley, Jr. inherited part of a family trust fund set up by his father Gordon Kelley, Sr. in 1956.  The instructions limited the beneficiaries from which Gordon, Jr. could choose to leave the trust fund money; he could only leave it to his spouse, his descendants, the spouses of his descendants, or one of the charitable organizations set up by his father.  He chose to leave the trust assets to his wife Joanna Kelley, by placing them in a marital trust.  The trust was to pay Joanna’s expenses, and after her death, the remaining assets were to be divided among several charities.  In his will, he explicitly disinherited his son Gordon Kelley III.

When the estate went to probate, Gordon III challenged the passage of his father’s trust to Joanna.  He claimed that the decedent’s divorce from his previous wife was not legal, and therefore the decedent’s marriage to Joanna was bigamous and had no legal standing.  Gordon, Jr.’s wife Holly Burguieres had filed for divorce in Nevada in 1979, although she resided in Mexico.  According to Gordon III, this meant that Holly did not satisfy Nevada’s six-week residency requirement for getting a legally valid divorce.  The probate court ruled that Gordon, Jr.’s divorce from Holly was valid, and so was his marriage to Joanna.  It reasoned that it is not by accident that Nevada has gained a reputation for being a place where it is easy to divorce.

Reach Out to an Attorney Today for Help

Claiming that you are just a girlfriend to your husband is the oldest stepmother-baiting tactic in the book, but a Clearwater probate lawyer can help ensure that the probate court does not fall for it.  Contact William Rambaum for help.