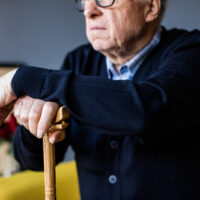 The smell of coffee grounds is usually pleasant.  It can mean the beginning of your day at home, or it can signal your entrance into a favorite coffee shop where you meet with friends.  It can also mean that you are about to make a show-stopping coffee-flavored dessert.  Likewise, perfume stores often offer you coffee grounds so that your nose can forget the scent of one perfume before you smell another.  For one Florida family, though, a nursing home allegedly used the smell of coffee grounds to mask a horrifying secret.  The family is now working with elder law attorneys to bring a nursing home abuse lawsuit against the facility.

For decades, Frank Wright worked as a boilermaker for the Department of Defense; in Mayport, Florida, he worked on Navy ships that docked in the area.  Even after his retirement, he almost always wore his Navy hat whenever he left the house.  He was in good health until 2013, when, at age 79, he suffered a stroke.  After the stroke, he continued to live independently, but he continued to suffer from high blood pressure and made several visits to the emergency room.  When he had a second stroke in 2019, though, it became apparent that he would need to move to an assisted living facility.

Frank’s daughter Vivian noticed the first red flag shortly after her father moved into Heartland Health Care Center.  At her first meeting with the head nurse, the nurse started talking about hospice care, which surprised Vivian.  None of the doctors who had recommended moving Frank to assisted living had said anything about hospice, which is only for terminally ill patients in their last few weeks of life; as far as she knew, her father’s health would be stable as long as he received proper assisted living care.  The biggest problem happened when Vivian and her brother-in-law noticed a strong smell of coffee in Frank’s room during one of their visits.  They looked under the bed and saw coffee grounds.  When they asked the staff about it, the staff admitted that it was to mask the smell of a bedsore, also known as a pressure ulcer, on Frank’s buttocks.  Bedsores are areas of broken skin that develop when a patient stays in the same position in a bed or wheelchair for an extended period.  The standard of care dictates that nursing home staff change mobility-impaired patients’ positions frequently to prevent bedsores and that they treat bedsore appropriately when they develop.  Vivian then began the process of moving Frank to a different facility and notified Heartland of her intention to file a nursing home neglect lawsuit.  She is currently observing the legally mandated 75-day waiting period before filing the lawsuit with the court.

Bedsores, although common in patients with limited mobility, can be a warning sign of nursing home abuse and neglect.  If your family member has developed bedsores in an assisted living facility, you should ask questions.  Contact Clearwater nursing home planning attorney William Rambaum to discuss your questions.