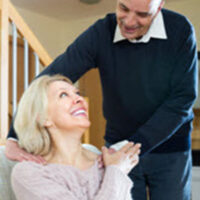 Seniors spend many hours every year talking with estate planning lawyers about how to prevent conflict among your younger family members in the short term and the long term.  In families where your children are estranged from your grandchildren, you can sometimes be the grandparents who come to the rescue if you feel that your children were unjustified in refusing to offer any financial support to their young adult children.  Even if your children and grandchildren get along just fine and don’t need financial help, you have probably created a plan in your mind where you would help if your grandchildren needed you.  A group of scammers in Florida and other states managed to defraud elderly people out of over $2 million by exploiting exactly this impulse.  A Central Florida elder law attorney can help you protect yourself from elder fraud and financial abuse.

It’s encouraging, but also scary, to see your grandchildren grow up and approach the age of legal majority, where they can assume all the dangers that come with operating a motor vehicle, and where they can be charged as adults if accused of a crime.  This was the theme of the scam that robbed seniors in 15 states of a total of more than $2 million.  The conspirators would research each victim’s family in enough detail to come up with a convincing lie.  A scammer would call a victim, pretending to be the victim’s grandchild and claiming to be in legal trouble after causing a car accident.  The victim would ask the victim to come up with tens of thousands of dollars, which would usually require asking other family members to contribute.  The scammer would then tell the victim what excuse to give if the family members asked why the victim wanted to withdraw so much money so quickly.

Eight defendants are being charged under the Racketeering-Influenced Organized Crime (RICO) Act and facing charges for extortion, money laundering, and fraud.  The four Florida defendants are Tracy Adine Knowles, 29, and Tracy Glinton, 34, both of Orlando, as well as Adonis Alexis Butler Wong, 29, of Pembroke Pines and Joaquin Lopez, 45, of Hollywood.  Glinton and Lopez have been arrested, but the FBI has listed Knowles and Wong as fugitives.  Timothy “Bleezy” Ingram, 29, Anajah Gifford, 23, and Jac Owuor, 24, have all been arrested and are behind held without bail in California.  Lyda Harris, 73, of Arizona, has fled to Alabama.  If convicted, the defendants could face a prison sentence and be ordered to pay restitution to the victims.  All defendants are innocent until proven guilty.

Elder fraud scams are always evolving, despite your efforts to stay one step ahead of the scammers and their lies.  A Clearwater elder law attorney can help you protect yourself from deception by people close to you and by strangers pretending to be your friends.  Contact William Rambaum for help today.