Lonely Grandmother Sent More Than $200,000 to Fraudsters She Met on Dating Websites 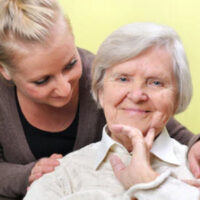 The first time your parents vetoed one of your decisions when you were a teenager, you probably felt motivated to become financially independent of them so that you could make your own decisions about money, relationships, and almost anything else.  As painful as it is to watch young people live beyond their means or get serious about romantic partners who are all wrong for them, it is even more painful to see the same happen with your elderly relatives, who used to have better judgment.  Irresponsible financial behavior by an elderly person can sometimes be a sign of a more serious underlying problem, like dementia or clinical depression.  If you are wondering how to help an elderly relative who has recently started making uncharacteristically risky or self-sabotaging financial decisions, the first step is to contact a Florida elder law attorney.

On a recent episode of Dr. Phil, a 74-year-old woman named Norma recounted the story of how three men she met on dating sites scammed her out of more than a quarter of a million dollars.  Twice widowed, Norma was lonely and met a man who called himself Jeff on a dating site.  Jeff claimed to be stuck in Egypt, unable to afford to get home to the U.S. because he couldn’t afford to pay the judgment against him resulting from a legal dispute with his employer.  Over the next 18 months, Norma sent Jeff more than $90,000, even though this entailed refinancing her home mortgage, taking money from her late husband’s IRA, and taking out a personal loan.  She eventually wised up to his antics, but soon thereafter, she got involved in similar situations with “James” who claimed to be stuck in Poland and “Richard” who said he was stuck in the United Arab Emirates.

As heartbreaking as the situation is for Norma, it is also devastating for her son, who found out too late that his mother had given her life’s savings to fraudsters.  The situation is more common than you think.  There are plenty of unscrupulous people who take advantage of the vulnerability of lonely seniors who have recently been widowed after decades of marriage.  In the worst of these situations, the sweet-talking new partner manipulates the elderly person into changing his or her will, sometimes even disinheriting close family members.  They sometimes accomplish this by isolating the elderly person from family and longtime friends.  When a surviving relative raises this issue in a dispute during probate of the person’s estate, it is called alleging undue influence.  Undue influence is much easier to reverse when the victim is alive.  In other words, the time to talk to an elder law attorney about your elderly parent’s questionable financial decisions is now.