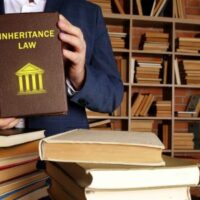 If you have enough money that you could afford to retire, but you are still working, your motivation might be the desire to help your children and grandchildren pay for things that they want and need.  As you sit in rush hour traffic, you might daydream about the things your children might do with the money they will eventually inherit from you.  Maybe they will use it to pay off their mortgage and live debt free.  Maybe they will pay for your grandchildren’s college or postgraduate education so that your grandkids don’t have to take out student loans.  Maybe the inheritance will give them the capital they need to turn their hobby or side gig into a full-time business venture.  Wouldn’t it be nice to see your children and grandchildren benefit from this money now instead of receiving it while grieving the loss of you, their parent?  Enough parents think so that the practice of giving an “early inheritance” to younger family members has become increasingly popular, but sometimes it can create more problems than it solves.  If you are considering giving your children an early inheritance, contact a Central Florida estate planning lawyer.

Treating Parents Like a Bank Isn’t Just for Adultolescents Anymore

The current generation of American young adults, unlike any other in recent memory is, on average, less wealthy than their parents.  Some parents struggle to save for their own retirement because their adult sons and daughters continue to depend on them financially.  Excessive spending on the part of the younger generation plays a role in some cases, but more often, it is because necessities like housing, healthcare, and education are much more expensive than they were a generation ago.  These parents are in a pickle, to be sure; they only wish they were in a position to give their kids an early inheritance.

Early inheritance is when you have money saved that you are almost sure you will never need, so you give it to your children now, instead of letting it pass to your estate.  It’s a nice idea, but it can backfire.  If your kids spend the money unwisely, it can lead to conflict and resentment.  Even worse is when you open the subject and your kids pressure you to give them more and more money.  The worst-case scenario is when it turns into a case of undue influence, with your children pressuring you to let them make financial decisions on your behalf.  If your kids are gracious and not greedy now, don’t mess things up by promising them an early inheritance.  In general, though, you can’t go wrong with cash gifts modest enough to be covered by the annual gift tax exclusion.

In some cases, navigating your changing relationship with your grown children is the most challenging part of estate planning.  A Clearwater estate planning lawyer can help you make the best financial decisions and stand firm when discussing them with your children.  Contact William Rambaum for help today.