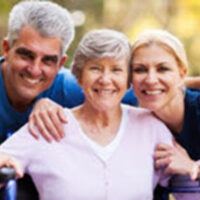 If you are planning to retire soon, then the Paycheck Protection Program (PPP) might not be among the pandemic-related news stories you have been following the most closely.  It is understandable that you might be focused more on which supermarkets have reserved the early morning hours for seniors and other medically vulnerable people or that you have been refreshing the vaccine sign-up webpage every few minutes, knowing that your age group has priority in getting vaccinated.  Meanwhile, small business owners have placed their hopes and fears in PPP funding.  Some of them have received forgivable loans that saved them from going out of business and spared their employees the ravages of unemployment and food insecurity, and thanks to the quick approval process, they received funds promptly.  Of course, the hasty review of applications meant that plenty of falsified PPP applications also got approval, some of them even borrowing in the names of identity theft victims.  During the pandemic, as before, seniors are the group most vulnerable to identity theft and other forms of financial abuse.  If you are worried about an elderly relative falling victim to identity theft, contact a Central Florida elder law attorney.

By the time Jeremie Saintvil got arrested in March 2021, he had obtained nine PPP loans, only one of which was in his own name and the name of his investment company Verb World, Inc.  He also took out a PPP loan in the name of Recovery and Empowerment Family and Youth Services Center, which closed four years before the pandemic began and the PPP started accepting applications.  The company belonged to a septuagenarian relative of Saintvil who had closed the company when he retired; Saintvil used his relative’s identifying information on the loan application and falsified information about the company’s number of employees and payroll expenses.

Although the indictment published by the Department of Justice did not specify how Saintvil gained access to the identifying information of the other victims, he managed to steal the identities of seven residents of nursing homes and assisted living facilities in Florida.  The victims ranged in age from 78 to 100.  Saintvil allegedly opened business bank accounts in the victims’ names and then applied for PPP loans and credit cards for the businesses.  The PPP loans stated that each business had 17 employees, although the purported payroll expenses varied from one loan application to another.  In total, Saintvil received more than $1.5 million in PPP funds.  He is currently facing criminal charges for aggravated identity theft, bank fraud, and making false statements to federal insured institutions.  If convicted, he could receive a sentence of up to 32 years in prison.

Your Clearwater elder law attorney can help you protect vulnerable elderly relatives and friends from identity theft and pandemic-related scams.  If you are concerned that someone close to you is suffering from financial abuse, it is not too soon to get a lawyer involved.  Contact William Rambaum for help with your case.