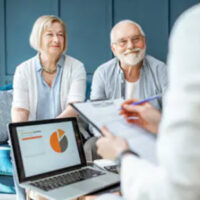 Some Internet scams are easy to spot.  Seniors who are flummoxed by the concept of social media influencers and TikTok still have enough Internet savvy to know not to send money in response to the ungrammatical sob stories that flood your email inbox from unfamiliar addresses.  Even if you rely on your son-in-law to download apps to your smartphone, you know not to respond to text messages from unknown numbers, even though the iPhone’s “scam likely” feature filters out most of the fraudulent phone calls.  Even the most cautious seniors would not expect someone from whom they seek financial advice, but financial abuse often comes from people that the victim trusts.  This month, an investment broker from South Florida pleaded guilty to defrauding over two dozen elderly people through an investment scheme.  If you are worried that someone is intentionally giving your elderly family member bad financial advice, contact a Central Florida elder law attorney.

The Rise and Fall of the Dragon-Click Scam

The Sun Sentinel reports do not go into detail about Isaac Grossman’s early career, but he must have run into trouble before the Dragon-Click investment scam began, because by 2014, the Financial Industry Regulatory Authority (FINRA) had permanently banned him from working as a broker or dealer of investment products.  2014 was when Grossman, who lives in Broward County, began offering elderly victims in several states an investment opportunity that turned out to be a scam.

Grossman claimed that he had invented a smartphone app that would revolutionize online shopping; he said that users could upload an image of the product they wanted to buy, and the app would instantly connect them to sellers that had the product in stock.  Grossman told the victims that big tech companies like Amazon, Google, and Apple wanted to buy the technology from his company, Dragon-Click, and he needed their investments for legal fees to finalize the deal.  Since the tech giants would pay him billions, the investors could quadruple their investments.

The trouble is that it was all a lie; there was no revolutionary shopping app technology.  Grossman used the investors’ money for personal expenses like luxury cars, home mortgage payments, and his children’s school tuition.  By 2019, when he got caught, more than twenty elderly victims had fallen for the scam; the money he stole from them added up to more than $1.3 million.

In October 2019, Grossman was arrested and charged with mail fraud, wire fraud, money laundering, and conspiracy.  He pleaded guilty to the charges in July 2021, and his sentencing hearing will take place in September.  The maximum sentence he can receive is 50 years in prison.

Elderly people, especially those who are socially isolated, are vulnerable to scams and financial abuse.  If you are concerned about a recent change in the financial habits of an elderly family member of yours, a Clearwater probate attorney can help you protect them from suffering devastating financial losses.  Contact William Rambaum for help with your case.