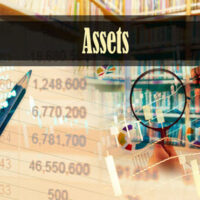 It can take a long time to sort out the financial fallout from divorce.  After you finish removing your ex-spouse’s name from the titles to assets that you once held jointly, and once you are finished paying attorneys’ fees, the last thing you feel like doing is reviewing your estate plan.  Section 732.507(2) Florida Statutes (2015) specifically addresses this issue.  It states that, if a married person leaves property to his or her spouse in his or her will, then if the couple divorces and the testator never updates the will, then the court should interpret the will as if the spouse had predeceased the testator.  This avoids many conflicts, but there are other conflicts that it fails to prevent.  On the one hand, if one spouse dies while the couple is in the process of getting a divorce, then the will drafted while the parties were happily married is still valid.  The statute also does not address the issue of unmarried couples who leave property to each other in their wills, but then their relationship ends and they do not update their wills.  If you are a newly single senior, you owe it to yourself and to the beneficiaries of your estate to contact a Central Florida estate planning lawyer sooner rather than later.

The Will, the Prenup, the Divorce Judgment, and the Probate Dispute

In 2005, Ron Priever wrote a will in which he left part of his estate to his father Bernard Priever and part of it to his unmarried partner Silvia Gordon.  The will stated that, if Silvia predeceased Ron, the assets bequeathed to her in the will would go to her son Samuel and daughter Rebecca.  In 2007, Ron and Silvis married, signing a prenuptial agreement before their wedding.  They divorced in 2013, and Ron died in early 2015.

In April 2015, Bernard Priever attempted to open the estate for probate and claimed that the court should treat the estate as if Ron had died intestate.  Bernard’s guardian Robert Fishman told the court that Ron had said that his prenuptial agreement invalidated the will, and that he had planned to destroy the will.  In August 2015, Silvia Gordon filed the will with the court and claimed that it was valid.

The trial court proceeded to treat the estate as if Ron had died without a will.  It invoked section 732.507(2), which states that divorce invalidates provisions for a spouse made in a will written before the couple divorced.  When Silvia appealed the decision, she argued that the statute did not apply because Ron wrote the will more than a year before he and Silvia married.  The appeals court agreed with Silvia that the statute did not apply to Ron’s estate, and it remanded the case to the trial court to decide whether to execute his will.

A marriage, divorce, or breakup automatically counts as a reason to review your estate plan, and an estate planning lawyer can help.  Contact Clearwater asset protection lawyer William Rambaum to discuss your questions.