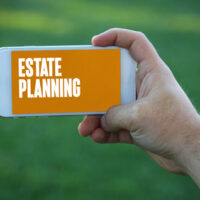 Florida is one of the most culturally diverse parts of the United States, and more than one fifth of Florida residents were born outside the U.S.  Since 2020 is both a census year and an election year, Florida’s demographics are a popular subject for discussion about current events.  Most of this discussion tends to focus on young immigrants, not all foreign-born Floridians are young or immigrated recently.  Florida might have been your home for many years, but if you and your spouse got married before moving to the United States, the text of your marriage certificate might be important in the probate of your estate.  Especially if the marriage laws in the country where you and your spouse got married are different from those in the United States, you should specify in detail in your will what you want your spouse to inherit.  A Florida estate planning lawyer can help you ensure that your estate plan will distribute your assets to your heirs according to your wishes.

Does Florida Law Recognize the Rights of a “Spouse Known in Public”?

The marriage laws in Israel date back to the time of the Ottoman Empire; the Ottoman policy was to let each of the religious communities within its borders set its own marriage laws.  The only relationships legally recognized as marriage in Israel are those performed by religious authorities.  Therefore, many couples in Israel who live together, and even have children together, are not legally married under Israeli law.  These couples are fully committed to each other, but, for various reasons, rabbinic law would not recognize their marriage, for example, if it is an interfaith couple, or if a divorced Jewish woman wishes to remarry but her former husband refuses to grant her a religious divorce.  The Hebrew term that translates to “spouses known in public” refers to this relationship.  A spouse known in public has the same inheritance rights as any other spouse, and if they separate, the courts divide their property, as they would in any divorce case.

Yehezkel Cohen married his first wife Tami Rana in 1981, and they had two children.  Tami and the children moved to Florida with the children, while Yehezkel stayed in Israel, and Tami and Yehezkel divorced in 1985.  In the late 1980s, Yehezkel began a relationship with Mali Ben Shushan.  They lived together until his death in 2014 and had four children together.  When Diana Cohen, Yehezkel’s daughter from his first marriage, attempted to administer his estate, she ended up in a dispute with Mali over whether Mali could inherit as a surviving spouse, that is, whether Mali and Yehezkel were legally married.  Both women brought experts on Israeli family law to testify.  The trial court ruled that Florida will recognize marriages recognized in their countries of origin, as long as those marriages are not “repugnant to the interests of Florida” (a clause that originated in Florida caselaw when Florida courts refused to recognize the marriages of same-sex couples who had legally married in other states), and that Yehezkel and Mali had a valid common law marriage.  The appeals court affirmed this decision, except for one dissenting judge, who determined that Yehezkel and Mali’s relationship was a domestic partnership, not marriage.