The Undue Influence Test: Seven Signs That a New Will Does Not Truly Reflect the Decedent’s Wishes 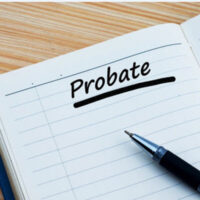 The classic case of undue influence is a family member, a new spouse, or even a caregiver, who builds a close relationship with an elderly relative in his or her final months or years, making self-serving financial decisions on behalf of the elderly person, and even pressuring the elderly person to modify his or her will to benefit the undue influencer.  Sometimes it is obvious; if you haven’t seen Dad since his new wife entered the picture, and he only gives you vague responses in the rare event that he answers his phone, you should worry, and you should contact a lawyer immediately.  The woman who married a recently widowed man and moved him to Florida from Maryland, where his daughters lived, just so the Florida courts would have jurisdiction in his probate case, is only an extreme example.  Sometimes, though, families are blindsided when a will surfaces during probate, the terms of which are contrary to what the decedent had told you about their estate plan when they were alive.  If you think that the will presented to the probate court does not represent what the decedent wanted to happen to their estate, contact a Florida probate lawyer.

Seven Signs of a Will Procured by Undue Influence

Imagine this scenario: the court notifies you that your father’s will leaves his entire estate to your stepmother, whom he married two years before he died.  You can’t just say, “That’s not fair,” because the law allows people to bequeath assets to anyone they choose, including friends, charities, or any other person or entity.  You can’t argue that a will was created by undue influence simply because the beneficiary is someone other than you.  The court will acknowledge that the will was signed through undue influence if the following conditions are present:

If you can also show that the beneficiary of the will otherwise sought to isolate or manipulate the decedent during his or her final illness, your case for contesting the will on the grounds of undue influence will be even stronger.

The best time to act, if you think that someone is unduly influencing your elderly relative, is while your relative is still alive, and, ideally, still healthy enough to act on his or her own behalf.  Contact Clearwater probate lawyer William Rambaum to discuss your questions.