Turning A Family Business Into A Family Heirloom 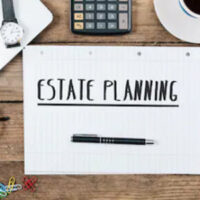 Some people consider it a dream come true to go into business with their siblings, and some parents’ greatest wish is to retire and see all of their children take over the family business together.  Often, though, family businesses can become a venue for sibling rivalry, and once aunts, uncles, and cousins get involved, then things get even more complicated.  These risks exist even if you have the most airtight operating agreement for your business and the most carefully thought-out estate plan.  If your estate plan contains conflicting information about whether your ownership interest in the business is a probate asset or a non-probate asset, it can mean lot of confusion and stress for the personal representative of your estate and for the heirs who have been getting mixed messages about when, if at all, they will inherit your share of ownership of the company.  To protect your family from having to deal with frustrating situations like these, contact a Central Florida estate planning lawyer.

Every limited liability company (LLC) requires an operating agreement which specifies, among other things, the procedure for transferring complete and partial ownership of the business from one person to another.  In 2009, two years before he died, Bertram incorporated an LLC in New Jersey.  Its operating agreement stated that 50 percent of the company belonged to Bertram and 50 percent to his sister Linda.  It also said that, in the event of his death, his half of the LLC would be transferred to his daughter Cathy and son Robert as a non-probate asset.

Further complicating matters was the fact that Bertram had been cohabiting with his girlfriend Arlene since 2003, but he was still legally married to Robert and Cathy’s mother.  Bertram’s will, signed in 2010, granted Arlene lifetime estate in Bertram’s Florida condo.  It also stated that she was to receive a monthly allowance from a trust funded by his share of the business he owned with Linda.  Needless to say, this caused a conflict when Bertram died in 2011.  During the probate of his estate, Robert and Cathy argued that the court should follow the instructions of the LLC operating agreement in designating Robert’s share of the family business as a non-probate asset transferrable directly to them.  The appeals court ruled in favor of Robert and Cathy and granted them their father’s share of the family business.

This case could have been even more complicated than it was.  The court decision does not specify which assets, if any, Bertram’s estranged wife inherited.  If she did not inherit what she considered her fair share, she would have had the right to claim her elective share, which would have been one third of the estate, since she and Bertram had children.  For childless surviving spouses, the statutory share is one half of the estate.

Your Clearwater estate planning attorney can help you develop an estate plan that works for your family and prevents conflicts, no matter how fraught the situation.  Contact William Rambaum for help today.