What Happens If You Don’t Specify a Beneficiary on Your Life Insurance Policy? 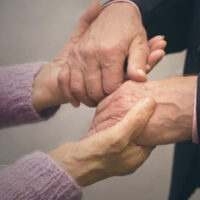 Details of the Castro Case

Rafael Castro, Jr. divorced his first wife when his children were minors.  One of the terms of their divorce was that he must maintain a life insurance policy with the children as beneficiaries.  Family courts often require people to hold life insurance policies with their children as beneficiaries, or even sometimes with their former spouses as beneficiaries, as part of the arrangement for division of property and post-divorce support.  He then married Elda Hidalgo, and they remained married for the rest of his life.  His children from his first marriage always had a contentious relationship with Elda.

When the decedent’s estate went to probate, it was revealed that he had four life insurance policies, and only three of them listed beneficiaries.  The decedent’s son Rafael Castro III, acting on his own behalf as well as that of his siblings, attempted to claim the payout from that policy, or at least a portion of it.  Elda testified that, while the decedent was alive, he had told her that he had only intended one of the life insurance policies to be for his children’s benefit, the policy he had taken out when he divorced their mother.  She said that he had told her he knew that her stepchildren would give her a hard time during probate.

The decedent’s will only said that the payout from the policies should be distributed according to the terms of the policies themselves.  The policy in dispute did not name a beneficiary.  Its terms stated that, if the policyholder did not name a beneficiary, the policyholder himself would be the beneficiary.  Therefore, the money from that insurance policy went to his estate.  It became a probate asset and was distributed according to the instructions in his will, but only after much conflict and stress; even the decedent’s ex-wife had to testify during probate.