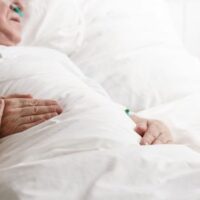 Most people are understandably terrified of the possibility of children becoming victims of sexual abuse and go out of their way to prevent it.  Parents caution their children against talking to strangers and reassuring children that, if an adult ever tells the child to keep something a secret from their parents, the child should tell their parents immediately.  Laws even penalize adults in caregiving roles for failing to notify authorities if they suspect that a child has been abused.  In fact, all physically and emotionally vulnerable people are vulnerable to sexual abuse, including nursing home residents.  Nursing home employees have a legal responsibility to prevent abuse of residents.  If you suspect that an elderly family member has experienced sexual harassment or sexual abuse in a nursing home, contact a Clearwater nursing home abuse attorney.

Sexual harassment may or may not involve physical contact.  It can take the form of unwanted touching or of sexual comments that make the victim uncomfortable, even if they are not directly about the victim.  Dirty jokes count as sexual harassment, and so does unwanted propositions of romance.  Sexual abuse involves unwanted sexual acts, including sexual acts to which the victim cannot consent because of lack of mental capacity.

A Central Florida elder law attorney can help you if your elderly relative in a nursing home has experienced abuse by another resident, and the nursing home staff did not intervene to protect them.  Contact William Rambaum for a consultation today.