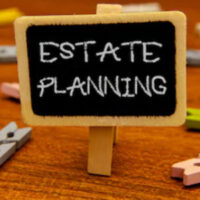 You might get suspicious if an elderly relative of yours begins a romantic relationship with a much younger person, but it is best to give the new partner a chance and to accept them if your relative truly seems happy with them.  If you see red flags, though, it is best to speak up before your relative becomes a victim of elder abuse.  For example, it is a red flag if the new partner seems to be in a hurry to get married or otherwise to gain access to your relative’s finances.  Any relationship where one partner tries to isolate the other from their friends and family is unhealthy, especially if the partner being isolated is already in a physically or emotionally vulnerable position, such as being in poor health or recently widowed.  If you think that an elderly person you know is being manipulated or deceived by a romantic partner or other person who has recently gotten close to them, contact a Florida elder law attorney.

Details of the Richard Rappaport Case

Richard Rappaport is 77 years old and lives in Central Florida.  Earlier this year, he married Lin Helena Halfon, who is 26 years old; according to Halfon’s attorney, the couple signed a prenuptial agreement before they wed.  Halfon is a citizen of Israel, and she applied for a U.S. green card after marrying Rappaport.

The trouble began in December, when Halfon tried to cash a check drawn on Rappaport’s account at a check cashing store in Tampa.  Since the check was for $1 million, the employees of the store refused to cash it.  By the time the day was over, though, Halfon had managed to cash two checks drawn on Rappaport’s account; the combined amount of the checks was more than $600,000.  She was later arrested at Tampa International Airport and taken to Hillsborough County Jail.  Her bail was set at $1 million, but it has not been posted.  She was charged with exploitation of an elderly person, as well as fraud and money laundering.  She pleaded not guilty to all charges.

Halfon’s lawyer said that there was nothing illegal about Halfon cashing checks made payable to her from her husband’s account.  He also described her relationship with Rappaport as loving and legitimate.  When asked about the situation, Rappaport first said that he assumed the best about Halfon.  Upon further questioning, though, he admitted that he thought he had been deceived, but that he had hesitated to say so because he did not want Halfon to be deported to Israel.

Financial abuse of elderly people is alarmingly common.  If you think that an elderly person you know is vulnerable to financial exploitation, it is time to talk to them about having someone they trust help them manage their finances.

Not all elder abuse scams take the form of shady phone calls and emails; some involve a person with ulterior motives gaining your elderly relative’s trust over a period of time.  Contact Clearwater estate planning attorney William Rambaum to discuss your questions.